As the industry's leading provider of judicial records and recording and broadcasting products and solutions, the products are widely used in highways, public prosecution laws, education, medical and government industries across the country.

The Shanghai World Expo with the theme of "Better City, Better Life" is being held fiercely, with more than 200 countries, regions and international organizations participating in the exhibition. Therefore, the country attaches great importance to the security of the World Expo. The public security organs at all levels in the city have always implemented the work requirements of "strike hard, guard, control, and control", ensuring the safety and order of the park and the society.

In this Expo security project, a total of 19 sets of Pole Video Recording and Broadcasting Systems were used, which were respectively applied to public security organs in all districts of the city. 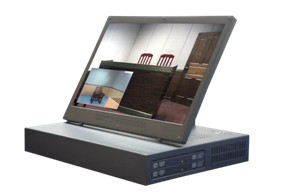 In the project, 19 sets of Jiying portable recording and broadcasting systems were used. The equipment used dual-disc real-time recording and hard disk synchronous backup to ensure the safety and reliability of interrogation and inquiry data. It continuously passed the formal technical product quality supervision of the Supreme People â€™s Procuratorate and the Ministry of Public Security. In the inspection center, the recorded and recorded data adopts encryption and anti-tampering technology, which can not only be used as evidence, but also convenient for long-term archiving.

Using the advanced third-generation recording engine, the success rate of the first disc has reached the limit, and the original auto-rewriting function of the bad break, there is no need to worry about the failure of the burn due to the quality of the disc or the continuous burning for a long time, which meets the requirements Demand for special industries with a 100% success rate.

The built-in hard disk is used for synchronous backup while real-time dual-disc burning. When there is a sudden power failure, the content of the recording will not be lost. After the power system is restored, the recorded data can be burned to the disc at high speed again, ensuring synchronized recording and recording The record is safe and reliable.

Adopt advanced anti-tampering audio and video coding engine to dynamically digitally sign each frame of audio and video to ensure that the video is not tampered and can be used as fixed evidence. In addition, the device is equipped with special anti-tamper verification authenticity software, any behavior that changes audio and video materials can be found.

4. Burning, recording and sealing are completed on the spot

The design of Jiying Portable Synchronous Audio and Video Recording Server fully complies with the relevant regulations of the Supreme People's Procuratorate on synchronous audio and video recording. Adopted anti-corruption technology, anti-loss technology and modeled interrogation process procedures, which can ensure the standard process of interrogation and sealing of the three-disc burning, video recording and on-site production of the interrogation when the power system is normal and there are spare discs , There will be no phenomenon that the data cannot be archived due to the failure of the disc burning or the loss of power failure data.

Aurora has always been committed to the research and innovation of professional audio and video technology. The audio processing system specially designed for public, prosecution and legal units can record the voice of the criminal suspect very clearly. The sound system has also become a highlight of Aurora products.

Jiying not only brought a security product to the Expo, but also brought a good wish of all employees to the Expo.